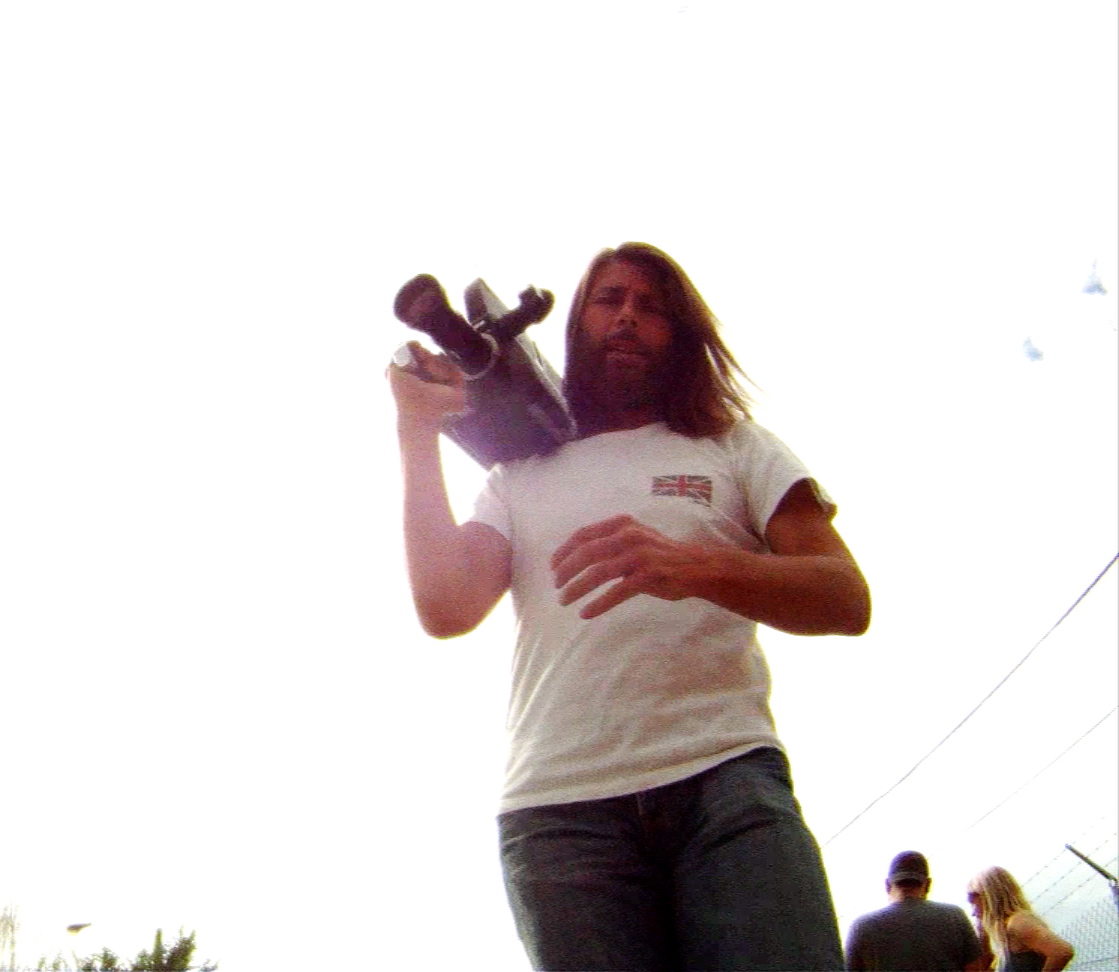 Although our films vary from Z grade productions to polished works for hire, Most Reel Groovy Films are created in the guerilla film making style. The results are often whatever the impulse dictates at the time, with loosely written outlines and/or a basic shot list.

We often ignore the script (if thereis one) and see what the Universe wants, as opposed to preconceived notions. Often there is danger involved, because unsafe art comes with a risk. Safety marshals are usually avoided. This process seems more natural for us and usually works out great. No one has ever been seriously hurt. Those who have been rattled often come back for more, because they know the risk and accept the challenge. Much of the “writing” occurs in post production, which is usually what most filmmakers/writers tackle first. This has been termed, “third-eye film-making,” and has little room for conventional rules or film school constrictions. That approach works for many, of course, but for us it is usually counter intuitive, because predictability in film often equates to artistic suicide. 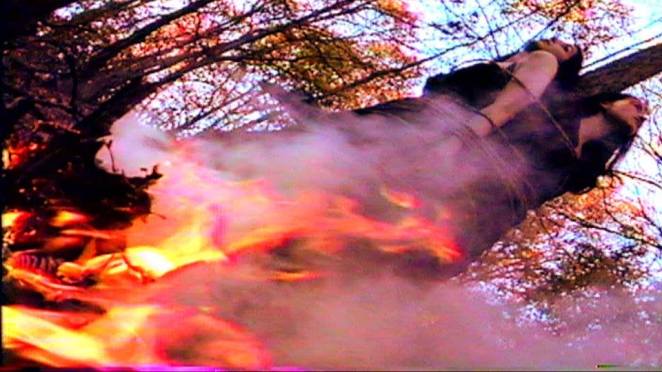 Things get HOT sometimes. Filming the ladies through the flames that they hoped would not lick them if the wind blew the wrong way. 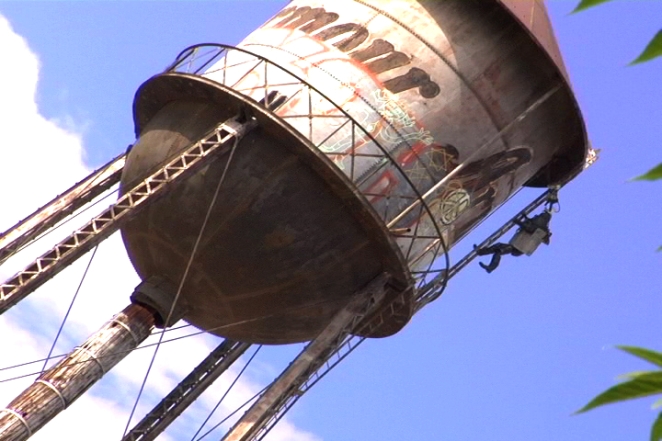 Climbing a tall abandoned water tower in the heavy, cumbersome Goth Robot suit. It was in the 90’s, and had the sun been shining on the other side, I might have had heat stroke at a time when it could have been fatal. As it was, the smothering heat required periodic resting and cooling off, but my strength was still fading…one of the stupidest things I have ever done for Reel Groovy Films was climb that tall tower in such a heavy, hot and awkward suit.. John Hartman.

Victor Escajadillo in Reel Groovy Films’ ‘THE SHACKLING.’ Victor was running super fast along a dike of very uneven cement blocks. That would have been low risk, but the TV Head really makes visibility tough.

Trespassing in a sand quarry, we came across a ATV that was quickly incorporated into a scene (for THE SHACKLING)  that had no script or outline at all. That vehicle made a great fog machine…the trick was not to get run over by it, because, prior to the scene, I did not discuss where I would be in relation to where the ATV would be.

Get in touch with Reel Groovy Films by emailing us at reelgroovyfilms@gmail.com.

If you feel inclined to donate, you can send a PayPal donation to reelgroovyfilms@gmail.com. Thank you for your support!